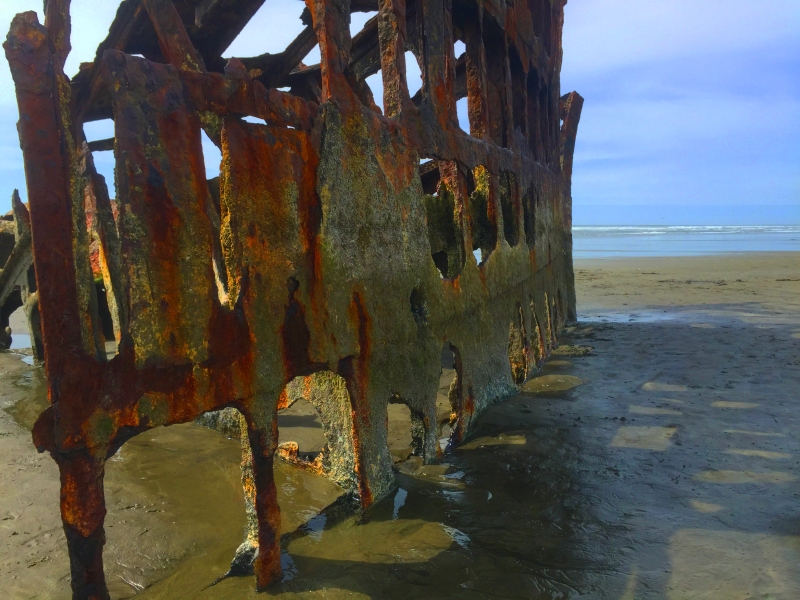 Driving to the coast is somewhat of a monthly outing. It’s a quick hour and a half jaunt to see some of the most beautiful landscapes in Oregon, and some of the most interesting relics. Up in the corner of Oregon along the coastal town of Warrenton, lies the Peter Iredale shipwreck of 1906. The shipwreck that remains is more of a skeleton than an actual ship, with just the bow poking out through the sand and even less than that during high tide. However minimal, the 100 year old wreck that remains is still worth a visit.
The shipwreck occurred  on October 25, 1906, during a heavy southwest wind. The four-masted British vessel, the Peter Iredale, ran aground at Clatsop Beach, off the coast of Fort Stevens. The shipwreck is easily accessible through Fort Stevens State Park. The wreck is part of this massive park – one of the largest in the state. Various parts of the Wreck of the Peter Iredale appear at different times of year, thanks to sand levels. Of course tides make a difference as well. The lower part of the ship, now entirely under the sand, allows only views of the very tops of the structure. Even then, this can disappear in summer’s higher sand levels. If the tide safely allows, people tend to climb all over the rusted bones of the giant schooner.

Even if your not into shipwrecks, the visit is not a wasted one. Fort Stevens State Park is beautiful and definitely worth the trip. There are a few campgrounds, lots of 4X4/OHV areas to play in and lovely drives along the beach. Much of Fort Stevens is preserved within Fort Stevens State Park, part of the Lewis and Clark National and State Historical Parks. The 3,700 acres park includes camping, beach access, swimming at Coffenbury Lake, trails, and a military history museum.

Once you arrive at Fort Stevens, you easily can follow the signs to the beach to a small parking lot with a short walk out to the ship wreck. If you’re more adventurous and have 4×4 capabilities, take the left turn before the parking lot to the beach entrance onto Clatsop Beach and drive right up to the wreck. Beach driving is allowed here. We wandered up and down the beach in our Jeep playing in the water and driving side-by-side with a flock of sea birds. We passed other 4×4 vehicles romping in the dunes until we found a nice spot where we could take in the cool ocean breeze by ourselves.

All in all it was a great day ventured, Bring a lunch and stay for the day or bring your camping gear and stay the night. I would suggest arriving early if you plan on playing on the beach with your 4×4’s and not driving too fast. There were still children and families out enjoying the surf and sand. However you chose to spend your time at the shipwreck, I’m most certain you will learn something new and see some interesting things.

This site uses Akismet to reduce spam. Learn how your comment data is processed. 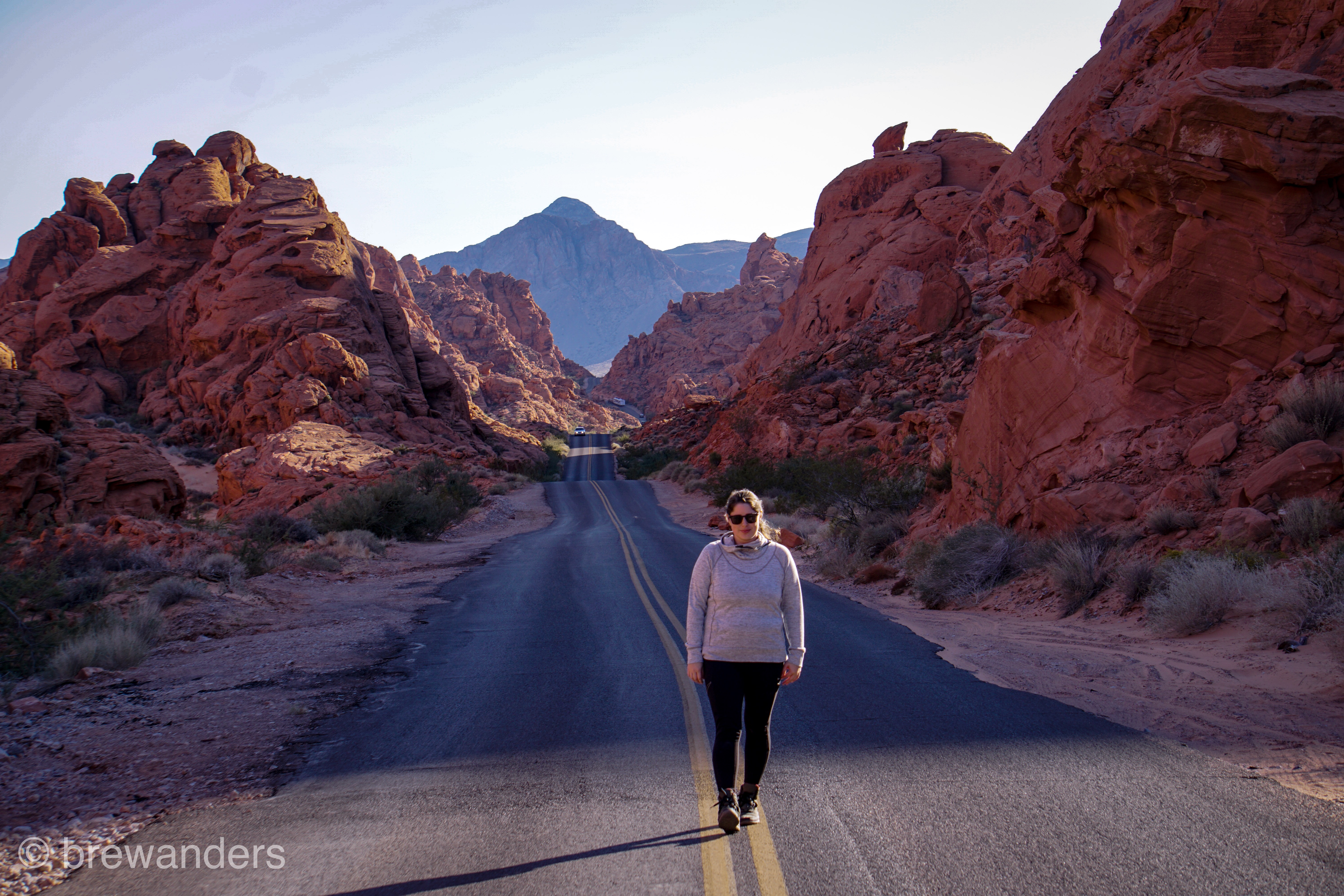 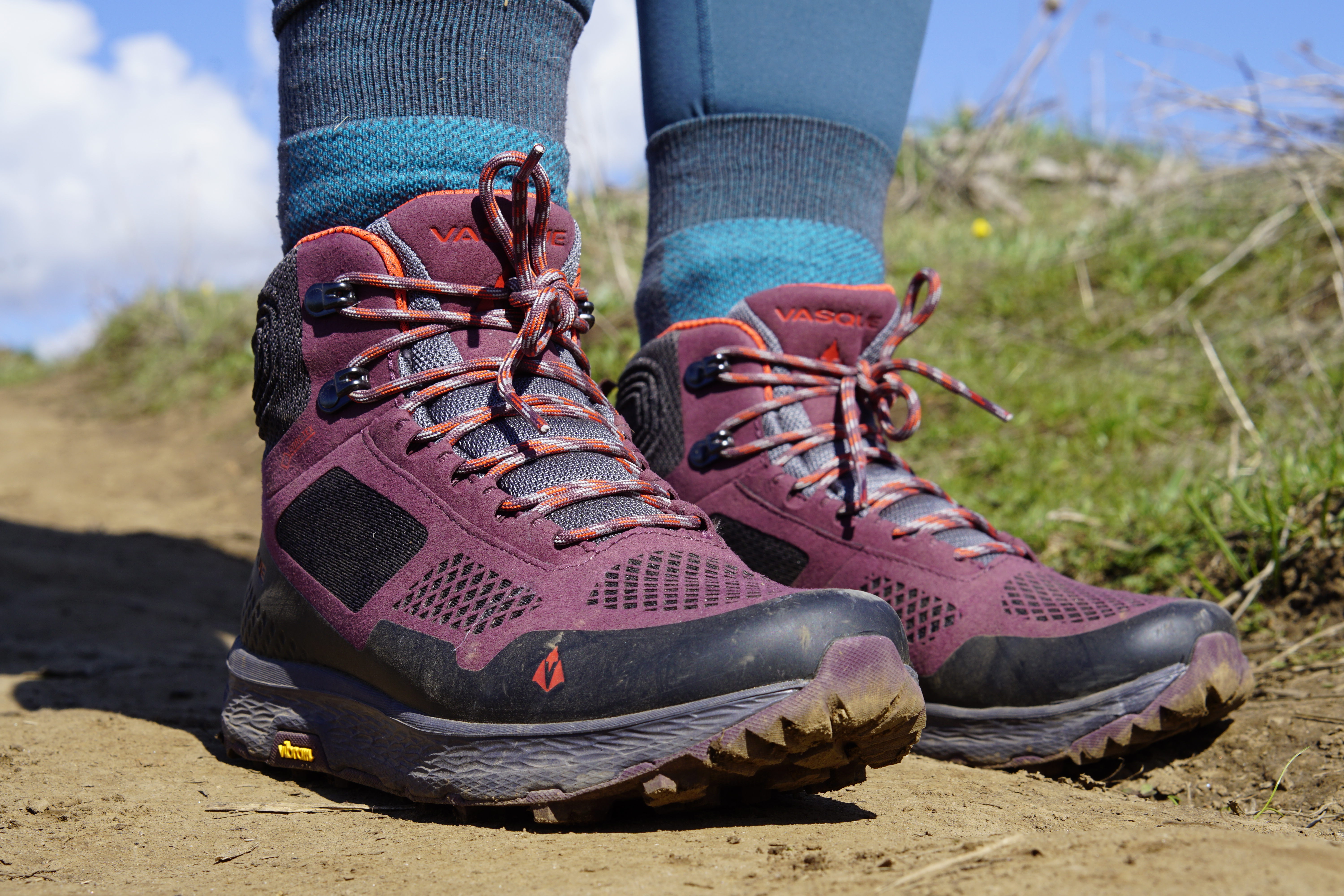